||Crazy Awesome||
Please login to continue to the forums!

||Trifecta Gaming|| 's stunting, DeathMatch, and Fun server is brought to you by, Kevin Joshen [Crazy]Mr.Joshen) And Kieren (hosting). We do updates almost weekly and do all in our power to bring the best DeathMatch, stunt, and Fun to you!

What is Roleplay ?
Roleplay is playing a role. A roleplay server is a server where you act as a person. You can choose what you want to Roleplay. If in real life you are a calm person, you can choose to create yourself a crazy Roleplay person to be the contrary of yourself. There are many great things about the roleplay. Roleplaying a character is really fun, because it give you the opportunity to think about what your character would do in differents situations


Non-Roleplay (NON-RP, NON-RPing)
The Non-Roleplay term is used when someone is doing things that he wouldnt done in real life. For example, bunnyhoping. Bunnyhoping is pressing your space bar all the time to jump forward, making you go faster than a normal running player. This is NON-RP because in real life, you dont jump each time to go faster than a person. When you are arrested and cuffed with your arms in your back, it is non-roleplay to start running away. It is also Non-Rp to uncuff yourself, see powergaming section.


Another example of NON-RP: Killing someone for hitting your car. Many people say Oh I am in a gang I will kill you if you wreck my car Well thats wrong. Even if some people probably done this already, do you think you would maybe waste your life in jail simply because someone rammed your car by accident ? Probably not. Depending on the context, killing someone for ramming your car is considered NON-RP.
Killing someone in a public place such as the bank parking, Unity Station and crowded place like that is also considered NON-RP.


Metagaming
Metagaming is using Out Of Character (Real Life if you prefer) informations that you received for a In Character advantage. Classic example is, you see someone named Joseph_Racf walking on your left, and you say Hey Joseph ! You cant do that because you are checking his name over his head, and in real life, people dont have names over their head. What you need to do is something like, Hey sir, Whats your name ? If he tell you Jack, you will call him Jack. Dont start being like, Hey I think your name is not Jack that would be wrong.
Another example, you see a Los Aztecas member walking at the bank parking and you ask him, How can I join Los Aztecas. First of all, this is a metagaming of skins, just because someone is wearing blue bandanas doesnt make them a LA member. Another example of metagaming would be you and a guy alone somewhere. You see your health bar and its full but the other player health bar is almost empty. Looking for beef without a reason with this player and killing him quickly is kinda metagaming his health bar and this makes a poor Roleplay situation. Going to the HQ of a faction just because you saw their cars there is also metagaming during a war.
There are many forms of metagaming but the Name over the head and the metagame of skins faction are the most commons.


RP-To-Win
Roleplay To Win is Roleplaying and always winning. For example, you are being tackled by 2 persons and you do /me rolls on the side evading the 2 persons.
And then you just run away This is Powergaming but also RP-To-Win. Many people RP-To-Win to avoid situations that they dont like. RP-To-Win go in the Powergaming section. If you are tied and you do /me grabs his knife and cuts the rope and runs away, this is considered as powergaming, but its a kind of RP-To-Win, wich is technically winning the RP situation to get yourself out of trouble.


Player Kill (PK)
A PK happend everytime you die. Everytime you get killed by a player, you are PKed. When you enter a huge roleplaying situation where a faction or just random people are about to kill you for a In Character reason... To make it simple, you forgot about what happend recently.
The PK might become official (An Admin command makes the PK appear on the chat box in game). Now, Player Kill only happend when someone is leaving a faction or getting kicked out of it. When you are Player Killed, you canno't remember things such as, your faction... your worst ennemy or the place where you died. If you do that, it is considered non-rp.


Character Kill (CK)
A CK means your life is over. You're finished. Everything that happend in the past is over. You will have to start a new character if you wanna play again.


Non-RP driving
Non-Roleplay driving is driving like the people in the movie Mad Max. You can be kicked and warned for that. Ramming every poles of the city and driving on the wrong side is considered NON-RP driving.


Car Deathmatch (Car DM)
Car Deathmatch is when you ram people on the sidewalk with your car or when you park on people. Car DM is really annoying and it is non-rp. Parking on someone can get you warned and I believe banned. Ramming people for no reason is considered Car DM. Do not do that. Using your car to ram others cars is also Car DM.

DM (Deathmatch, DMing)
DMing or Deathmatching is the action to kill players without a reason. You cannot Roleplay to be a psychopath and to kill everyone. This is Deathmatch and it is NOT authorized. There are many forms of DM. Punching random people IS DMing. Looking for beef with everyone just to punch them IS DMing. Shooting at cops just because your character likes to "(Bad word) with the police" is DMing.


OOC Insults
OOC insults is when you insult someone outside your character context. Example, Jack and Bob are talking. Jack say /b You are a (Bad word) piece of shit Bob. Bob can screenshot this and report Jack on the forums for OOC insults. Note that Your dumb is NOT considered as OOC insult. Also, saying in /b your character look ugly or gay is not a ooc insult, you are simply talking about the character look of the player, not about the player himself.

<!--[if !supportLineBreakNewLine]-->
Roleplaying a car jack
Every car that you are stealing must be roleplayed. Parked cars, already started cars etc… They must ALL be roleplaying jacked with at least 3 /me commands.
To RP jack someone car you should do something close to:
/me breaks the window with his elbow
/me unlocks the door and opens it
/me grabs the driver and throw him outside
IF YOU ARE USING BINDS, WAIT AT LEAST 2 SECONDS between each of your binds, else it will be a powergamed car jack.

If the car is in a parking, you would do something like:
/me looks around and gets close to the car
/me attempts to open the door (open it if you can then)
/me opens the door and gets inside the car, sitting down on the driver's seat
/me closes the door and reaches under the steering wheel
/me searches for the red wires ((something like that))
/me removes the red wires and connect the two green ones together
/me sucefully hotwires the car
/start
(of course that is just an example, don't do it EXACTLY like that)

Actions Commands:
In SA:MP, the actions that canno’t be seen by others players must be done with /me.
/me is basically telling to others players what your character is doing.
/me scratch his head… *That show to others players that you are scratching your head*
The /me commands are really good to create a smooth environment of Roleplay.
If you are with many people, it is always fun to do multiples /me to interact with the others.


Your Character Personality:
If you decide that your character get nervous really fast, please, always Roleplay as that. In real life, when you have mental problems or physical problems, they rarely get away after 3 hours or 1-2 days. If you are tired of roleplaying a nervous character for some reasons, Roleplay take pills to control it, so It will add even more RP and it will give even more personality to your character. You will now be a stressed person that take pills to control himself. This is really interesting when you decide to put multiples characteristics to your character.


Binds:
Binds are really important in SA:MP. One thing you need to remember is that, binds should NOT be used because your too lazy to type but simply for things that needs to be written really fast. For example, cops need to have binds because during a chase, they do not have the time to type on their keyboard whatever they want, so they use binds such as /backup to call for a backup instead of typing it with their hands and risking to loose the chase.
For civilians and gangs, mafias, the binds should be used for things that needs to be done quickly too, such as openning the trunck of your car and taking out an M4.
PLEASE NOTE: Binds like: /me opens the trunk and takes out an m4/ak-47/shotgun
ARE NOT GOOD. Your bind is not a freaking menu option. The bind needs to be CLEAR and should be self-explanatory.
You can download a keybind program HERE


Removed the previous informations because I didn't follow the server updates in a while.

Wow.. this is a nice guide/tutorial.

I learned some things while reading it.

Also, thanks for the link for keybind program. 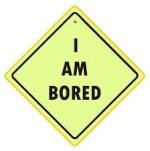 The link works, but I was unable to get the keybinder on that website.

added in your link.